Rats were evaluated to see whether excessive extracellular release of glutamate and generation of hydroxyl radicals is associated with remote traumatic brain injury and whether posttraumtic hypothermia modulates these processes. Following trauma, brain temperature was kept at either 37ºc or 30ºC for three hours. Posttraumatic hypothermia resulted in the suppression of both hydroxyl radical production and glutamate release. 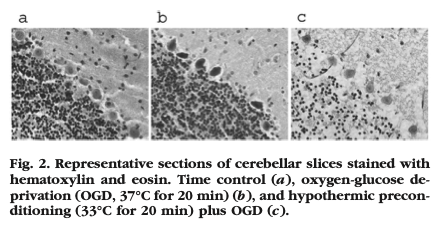